Free Spirit out of Boston was quite the hyped band a few years back (I'm sure their shirts still go for a decent amount).  Having an affiliation with Lockin' Out Records will do that.  That being said, their music was actually pretty good, with the "Free Yourself" EP that was put on on LOR/Triple B being their best material.  Free Spirit kind of spearheaded the recent lot of Straight Ahead rip-offs that have been popping up the past few years.  In all reality Free Spirit sounded almost exactly like Straight Ahead, and I'm okay with that.  This is a really solid EP.  Clear vinyl was limited to 300 copies. 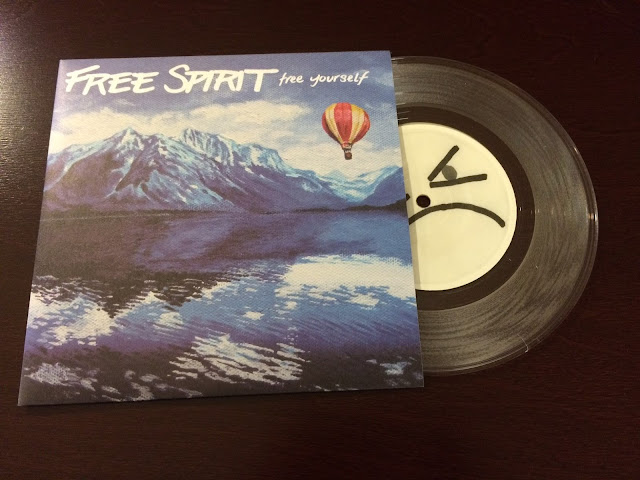 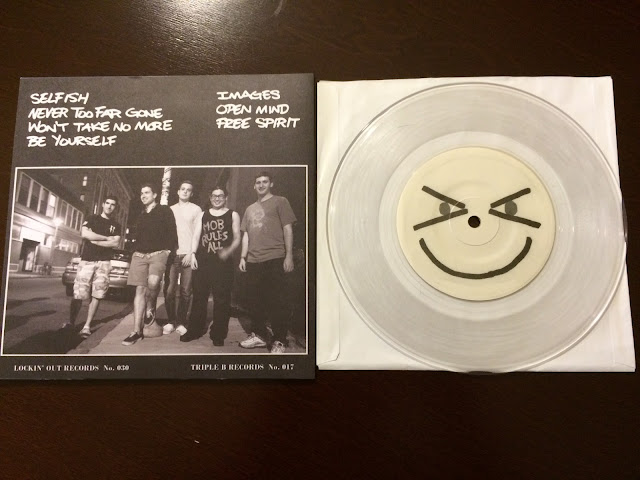 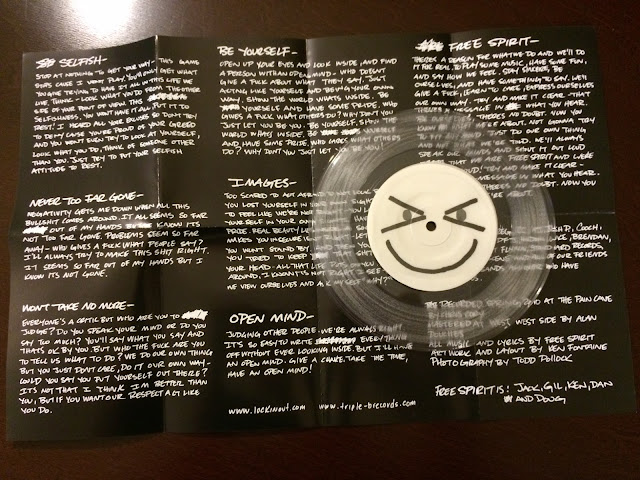 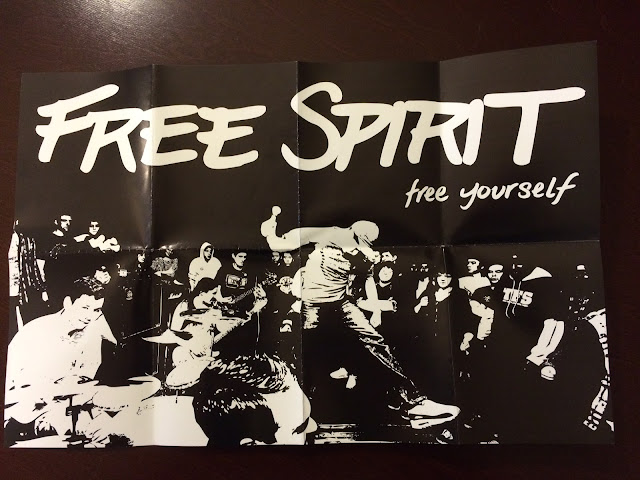 I (like I'm sure everyone else) go through phases in music.  Meaning right now I'm pretty into grindcore, and other times I'll listen to mostly death metal, or hardcore, etc.  Having said that I figured I'd post about a record that I acquired while the blog was on hiatus.  I'm speaking of the self titled LP from DC's Magrudergrind.  I had a clear (third press) copy of this LP for quite a while but decided that since it's in my top 5 grind LP's ever that I'd track down a first pressing.

Up until this release I was lukewarm on this band but when I heard this LP it blew me away.  I think that's partly because their older material had a different guitarist, coupled with the beefed up production on this LP.  Three-piece punk-oriented grind from the nation's capitol.  This shit is pure gold.  If you're into this I'd also recommend checking out the Crusher EP they released after this one.  It was announced a few months ago that their new LP will be released on Relapse, so I'm looking forward to that.  This vinyl version was put out by Six Weeks Records and the CD version was released on Willowtip. 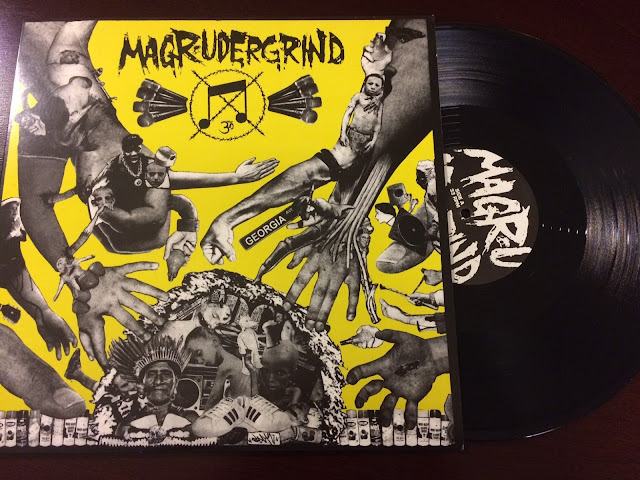 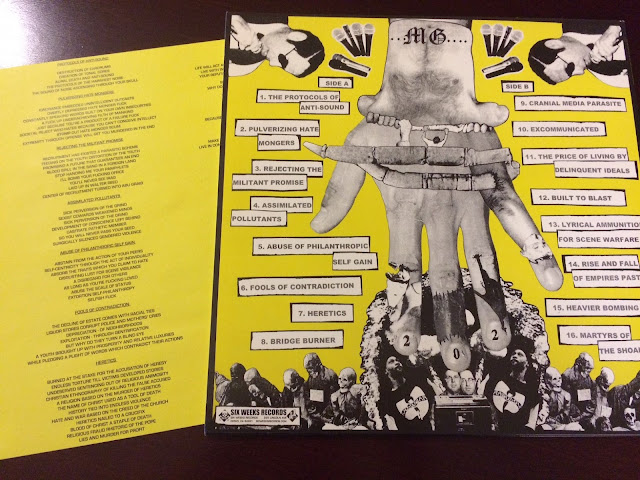 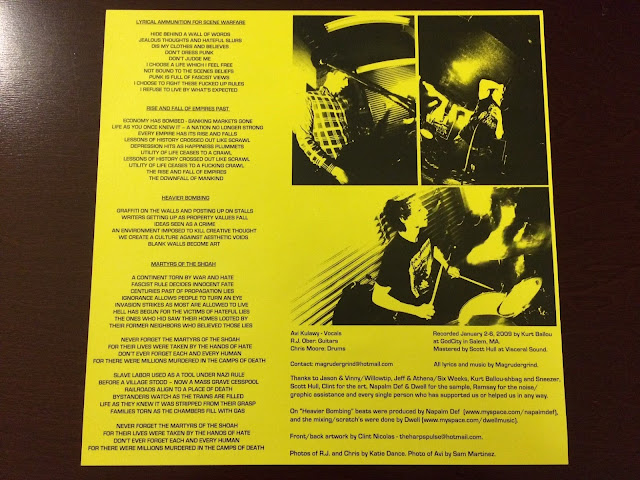 Knife Fight is (was?) a killer early 2000's band that plays early 80's influenced USHC - namely Negative Approach.  While I like all of this band's material, their first few releases are definitely their better output, with this demo being among the top.  Four originals and a Nihilistics cover on a one-sided 7" played at 45 RPM.  Fuck yeah.  I believe Painkiller had this vinyl version of the demo pressed to go along with the Isolated EP that was put out on that label.  For those who missed the first few Knife Fight EP's Painkiller is said to be putting together a compilation 12" of them at some point, but that was first seen/heard of quite a while ago so who knows when that will actually surface. 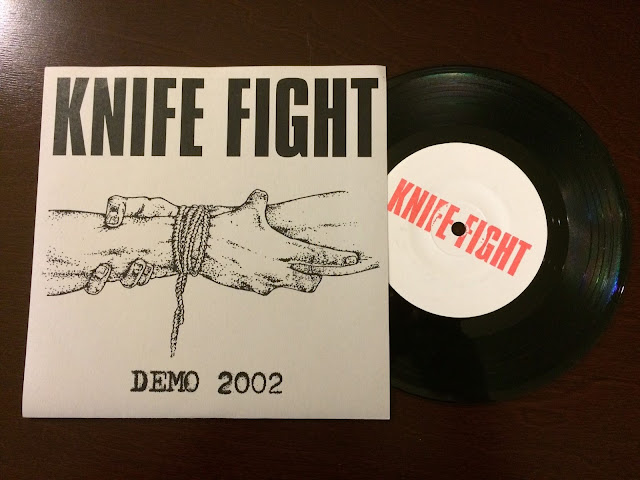 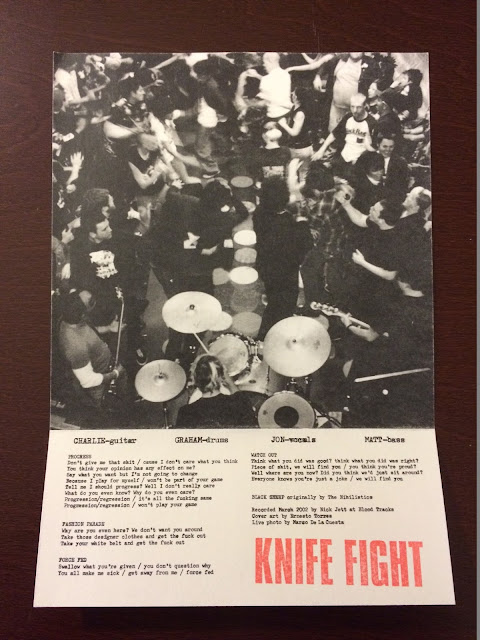 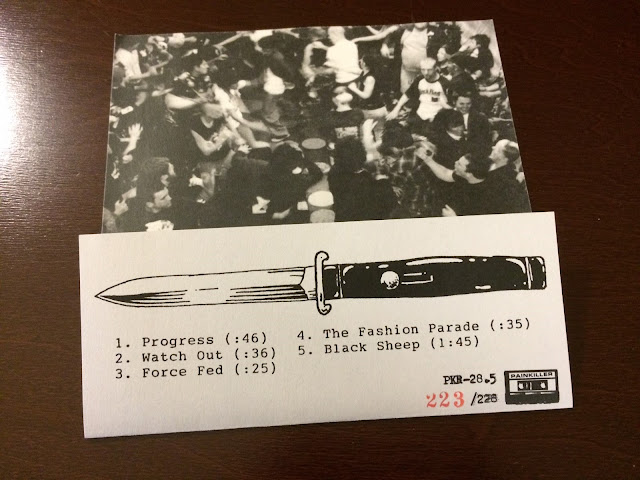 NYC's Ajax are one of the top current USHC bands in my opinion.  They play a combination of early 80's driving hardcore punk with Totalitär influenced riffs thrown in.  That's the best way I can describe it.  This is the domestic pressing handled by Beach Impediment, with a euro pressing available from Static Shock Records.  Definitely one of the best 7"s to drop this year. 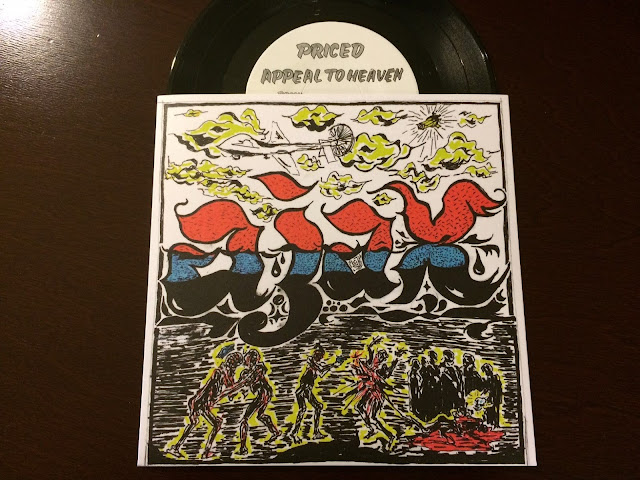 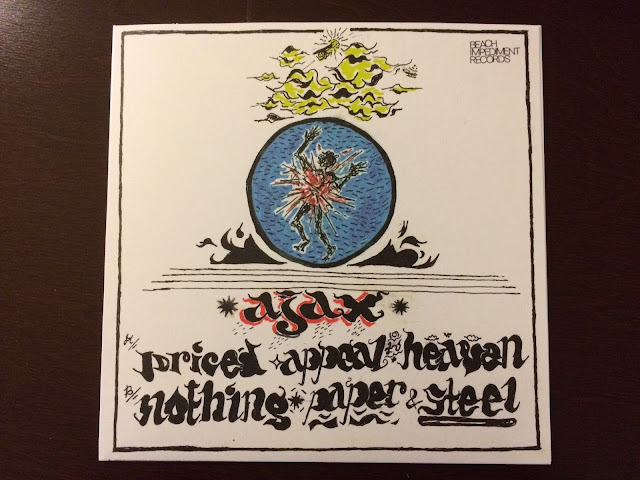 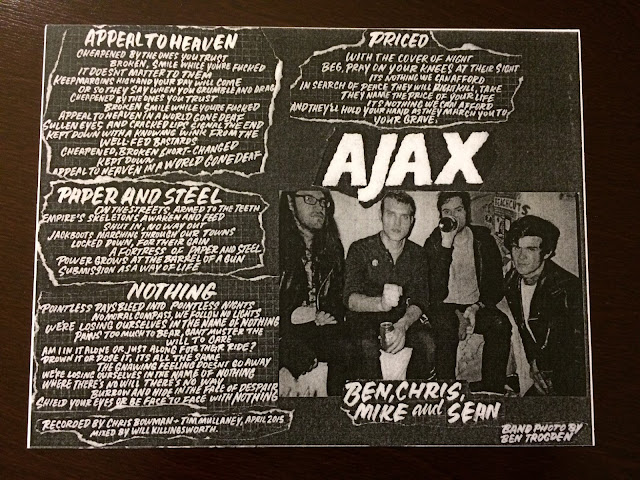 Concealed Blade out of Pittsburgh, PA released one of my favorite demos of 2015.  I passed on a cassette version (since I've decided to not buy many/any cassettes anymore because I don't listen to them) so I was quite excited to hear that the demo was being pressed to vinyl.  Released in the US on the always reliable Beach Impediment Records (and Hardware Records in Europe) here is the clear version of said demo, limited to 100 copies.  For those unaware of how this band sounds, they could best be likened to a faster late 80's NYHC type band.  Really great stuff all around.  Members of Hounds of Hate, Blood Pressure, etc. 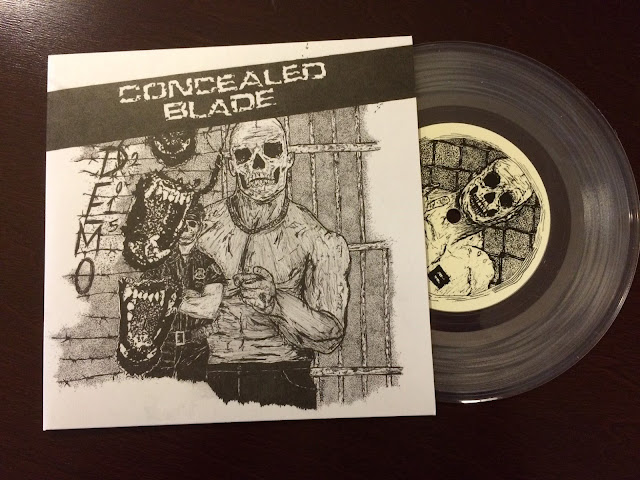 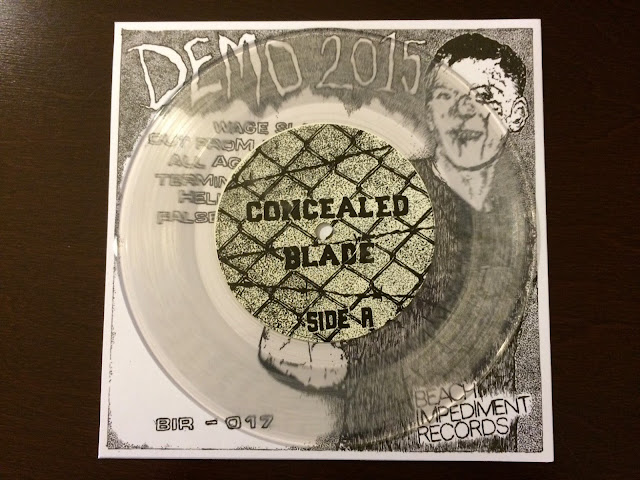 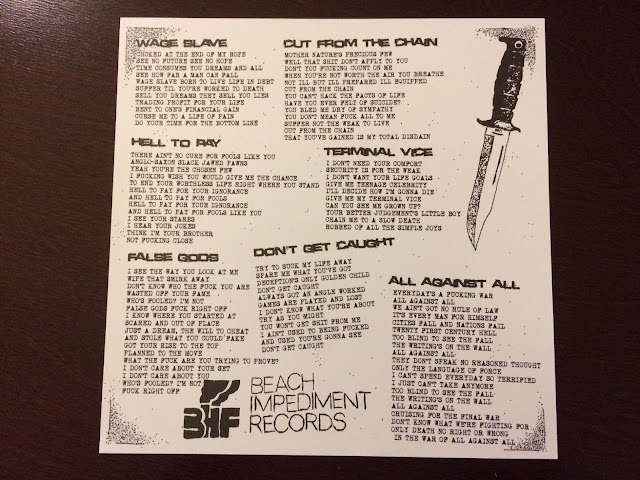